South Korea forward Son Heung-min admitted he was “proud” to have scored his 100th Tottenham goal in a 3-0 win over Leeds that hauled his team back into the Premier League title race on Saturday.

Son grabbed the second goal for Jose Mourinho’s side after Harry Kane’s penalty had opened the scoring at the Tottenham Hotspur Stadium.

Reaching his century of Tottenham goals was a landmark moment for Son, who is the 18th player to score 100 in all competitions for the north London club and the first from outside the United Kingdom and Ireland.

Since arriving from Bayer Leverkusen in 2015, the 28-year-old has established himself as one of Tottenham’s key players and maintaining his fine form will be key to their hopes of pushing for the title.

“I’m very happy and grateful for my team-mates. I’m not doing it alone. I need a lot of help for this big achievement,” Son said.

It was the 13th time Kane and Son had combined for a goal this term, equalling the Premier League record set by Alan Shearer and Chris Sutton for Blackburn in 1994-95.

“We’re working hard and working on it for a long time. I am a bit sad I couldn’t give an assist to ‘H’,” Son said.

“He knew I was there. Sometimes it is telepathic, sometimes we talk about it.”

Mourinho is reaping the rewards of that telepathic partnership and he said: “Of course, the understanding is good and against Leeds it was important to have that ability in attack. That movement of Harry Kane and Sonny in the finishing positions fit well.

“I think in the Premier League there are many good players everywhere even in clubs where you don’t believe they can have great players. But I have to say that Sonny and Harry are doing special things this season.”

The only frustration for Mourinho was a stoppage-time red card for Matt Doherty after the Republic of Ireland right-back received a second booking.

Having ended their disappointing run of four league games without a win, Tottenham moved within four points of leaders Liverpool, who play Southampton on Monday.

“The three points are very important. I think we understood how well they could hurt us and how we could hurt them. In that aspect I am happy but I still think we can and have to do better,” Mourinho said.

The victory was especially welcome after Tottenham were forced to criticise Erik Lamela, Sergio Reguilon and Giovani lo Celso after the trio were pictured breaching coronavirus rules by attending a large Christmas party.

The Spurs stars’ behaviour came just days after Mourinho was critical of the Premier League for calling off their match against Fulham due to an outbreak of the virus among the Cottagers’ squad.

Lamela was not named in the squad on Saturday, while Reguilon was on the bench and Lo Celso was out injured.

Leeds wasted several chances before Tottenham took the lead in the 29th minute.

Steven Bergwijn got behind Ezgjan Alioski and went to ground after contact on the edge of the Leeds area.

VAR decided the offence had taken place just inside the box and Kane stepped up to dispatch the penalty for his 17th goal of the season.

Son increased the lead with his 15th goal of the season in the 43rd minute.

Once again, it was Kane who linked up with his attacking partner to deadly effect as his perfectly-weighted cross picked out Son, who guided a clinical finish past Illan Meslier from 10 yards.

Tottenham put the result beyond doubt in the 50th minute when Meslier allowed Alderweireld’s header from Son’s corner to trickle over the line. 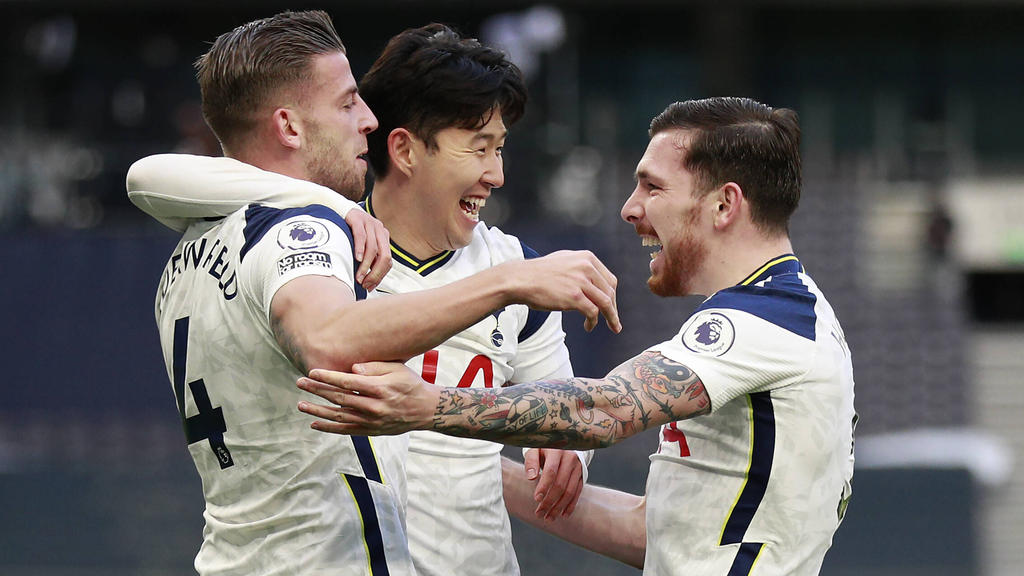